Hello all and welcome to todays blog, today we will discover and explore the history of the antique fireplace. 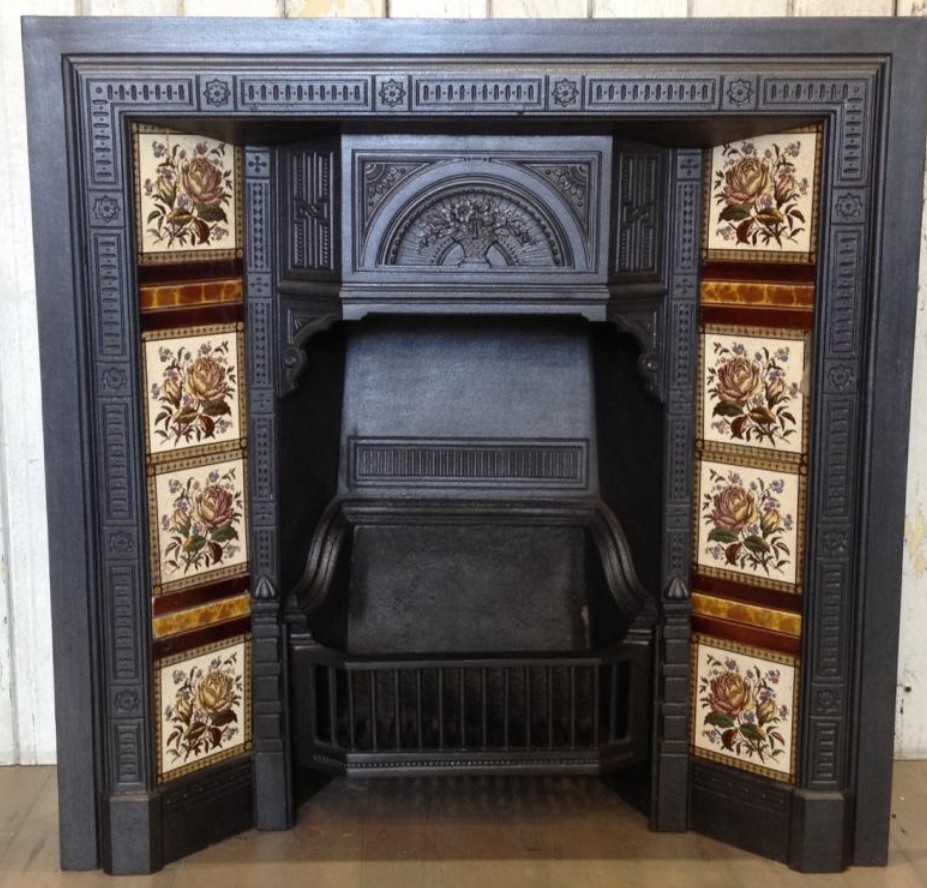 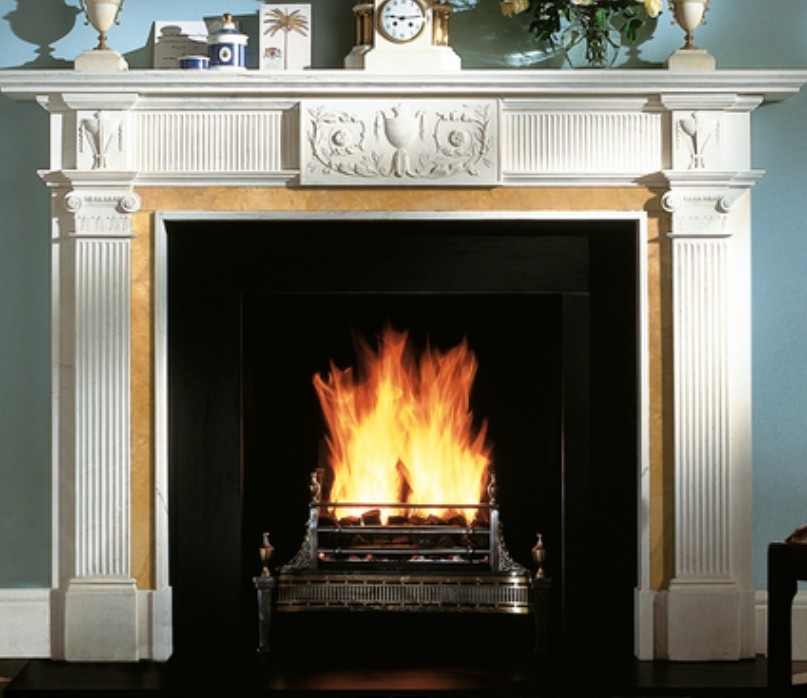 The Georgian Era is normally defined as including the reigns of King George I, II, III and IV covering 1714 to 1837 (with the sub era of The Regency 1811 – 1820). Fireplaces from this period were that of grand proportions and typically designed a complete focal point of the room. This look was achieved by using cast iron grates and grand fire baskets to create large fireplace openings; these were accompanied by intricately designed solid wood surrounds and marble fireplaces. Your typical antique Georgian fire surround or antique cast iron grate from this period would include designs such as hand carved; or in the case of cast iron ‘cast’ medallion, urn or swag features. All of these types of design are depicted as from this era and our range of fully restored antique fireplaces compliment this stunning period of British History. 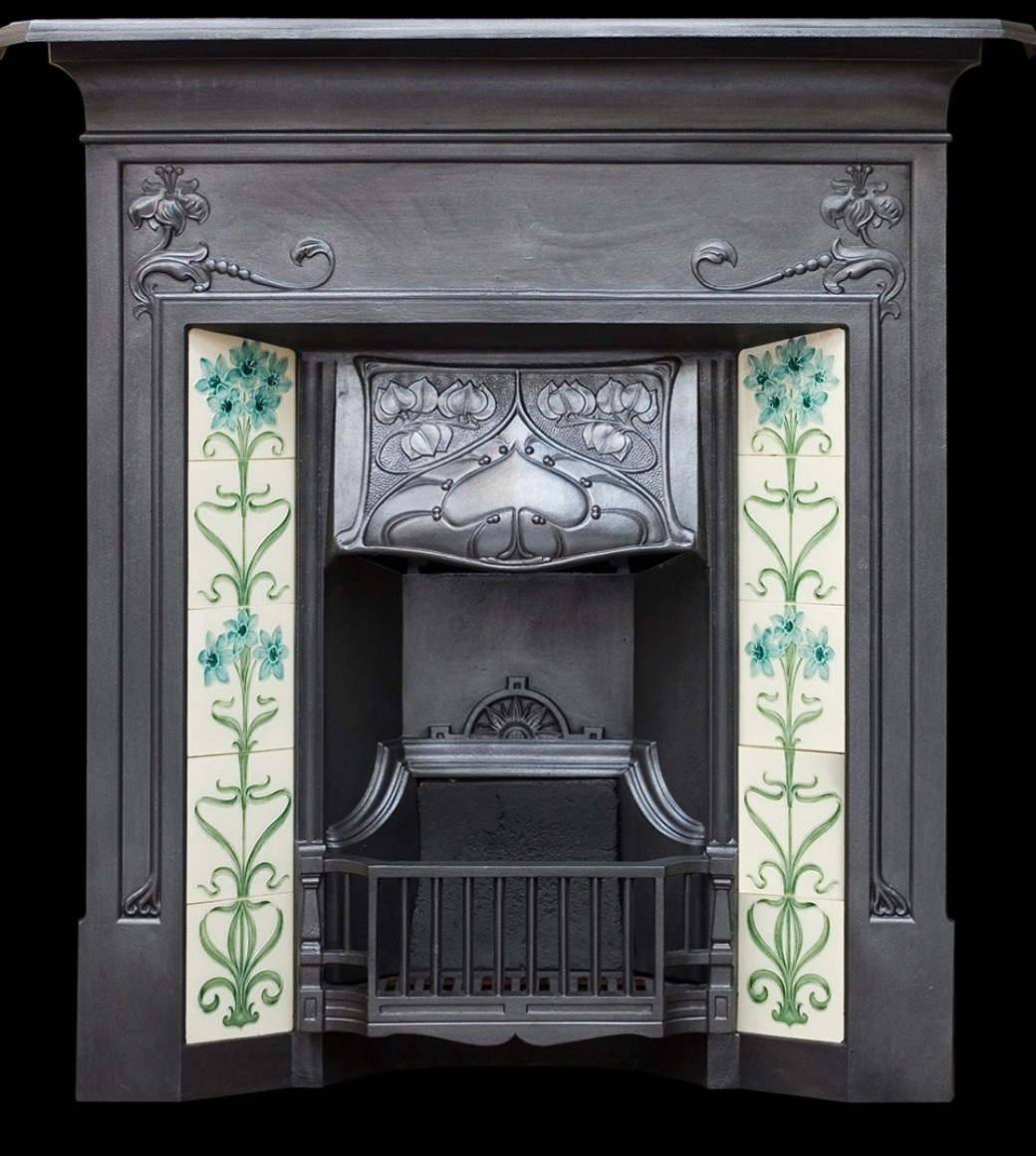 Art Nouveau is a particular period in time in which an international design movement swept the world covering the years of the early 1880’s to 1914 (although most popular in the 1890’s to 1905). For the fireplace industry this was an exciting time, never before seen designs were created, new styles were manufactured and previously outrageous ideas were now fasionable. A typical antique fireplace of this period is easily sorted from the proceeding Victorian and Georgian period fireplaces, these designs were very organic incorporating more floral and plant inspired patterns. This Era in design history is such an important step and by many is classed as the ‘bridge’ between the historicism of Neo-classicalism and Modernism. 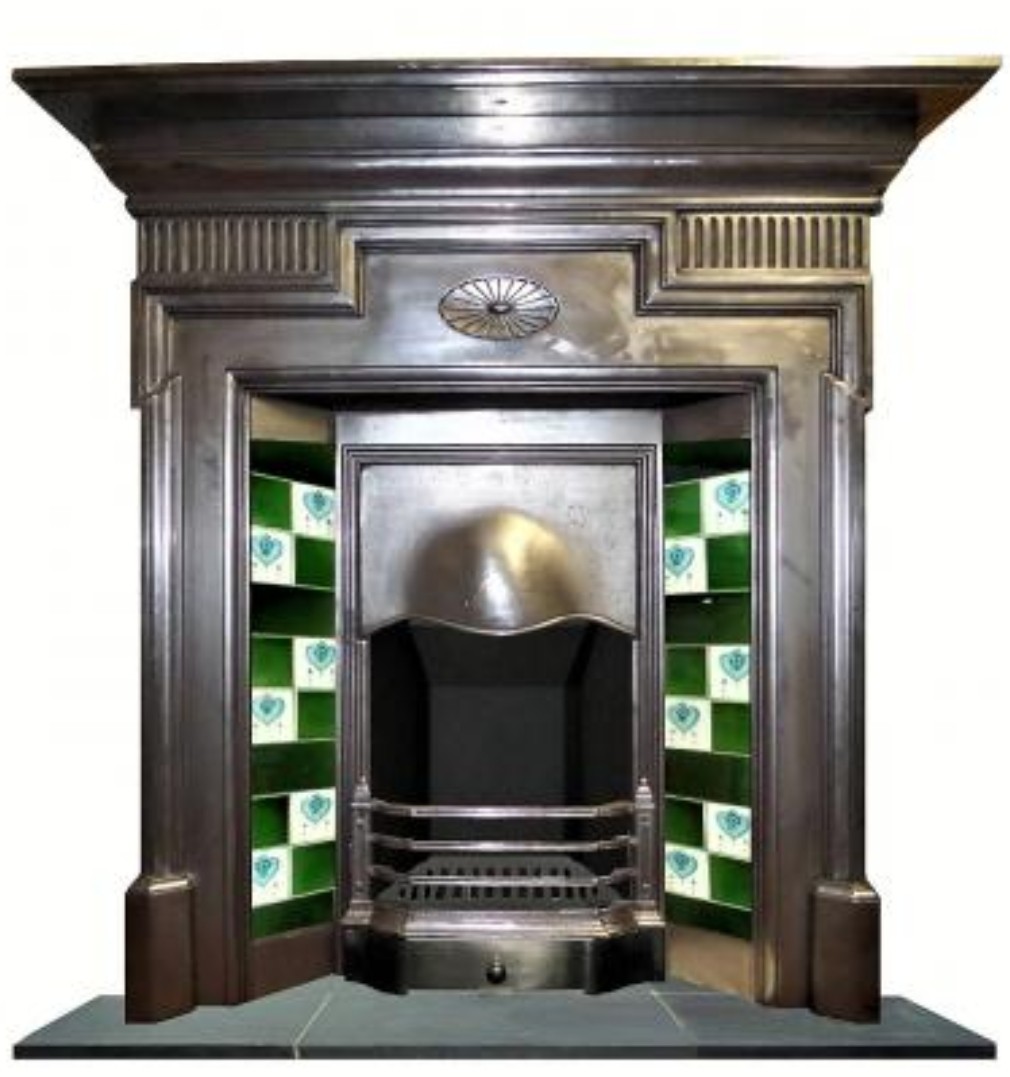 The Edwardian Era covers the period between 1900 and 1920. At the beginning of the Edwardian period most fireplaces; particularly the cast iron insert fireplace designs were focused on having tiles on as a feature. This sort of design was seen much of in the late Victorian era. Fireplaces in the Edwardian era were typically made from cast iron and as the period progressed fireplaces became taller and slimmer, the decoration became simpler and less complex than designs seen in the late Victorian period. Cast iron inserts with tiles became less popular being replaced more often than not by canopies on legs with large angled panels either side covering the space between the canopy and the fireplace surround. Instead of traditionally having a space to slot the tiles in the cast, canopies on legs used tiled panels which were then placed at angles to the canopy. In the mid Edwardian period cast iron combination fireplaces with tiles became popular, similar to tiled cast iron inserts seen in the Victorian period but with simpler designs and a surround included in the cast.

During the Edwardian era another style became popular known as the arts and crafts style which was mainly focused on using local materials for the fireplace and bringing them into the home. The theme for the arts and crafts style was always natural and materials were always sourced locally where possible. A range of materials were used during this period including mainly cast iron, brick and tiles and in some of the more up market houses made to measure beaten copper fireplaces were a popular design. 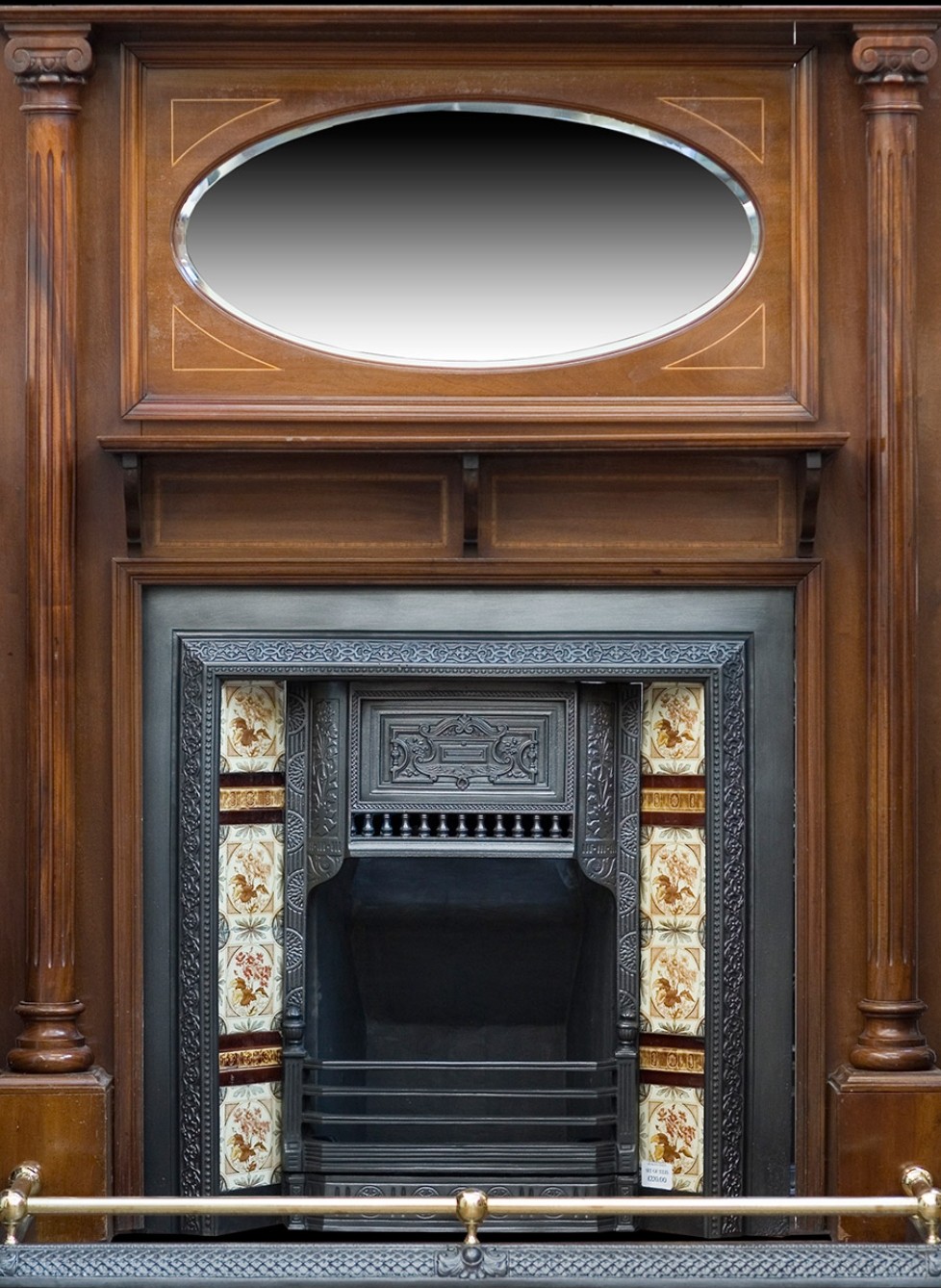 Large surrounds also became a popular fashion during the Edwardian era, particularly wooden surrounds that incorporated large mirrors. During the late Edwardian period cast iron started to decrease in popularity replaced by ammunition factories as the demand for cast iron materials increased significantly at the start of World War 1.