Hello all and welcome to my St Patricks day blog. So instead of going out and drinking my custom 6 guiness’ and watching the rugby I decided to research the traditonal irish cottage and hearth. 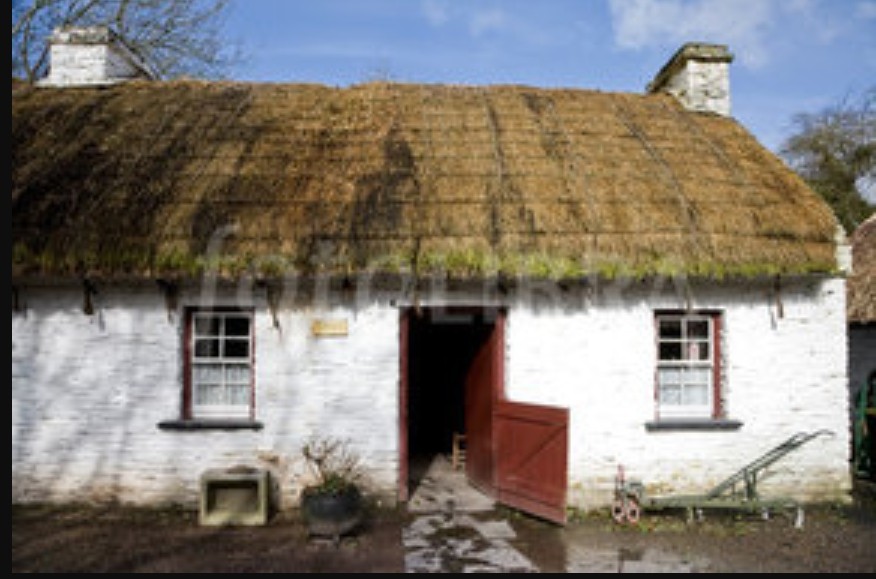 Early cottages did not have any foundations however as trenches were dug and filled with stones, clay and mud to stabilise them.

Floors were often constructed of compacted mud or clay although flag stones were often used where available.

The fireplace or hearth was generally formed of stone and located at the center of the house with a bedroom behind it to absorb the heat. 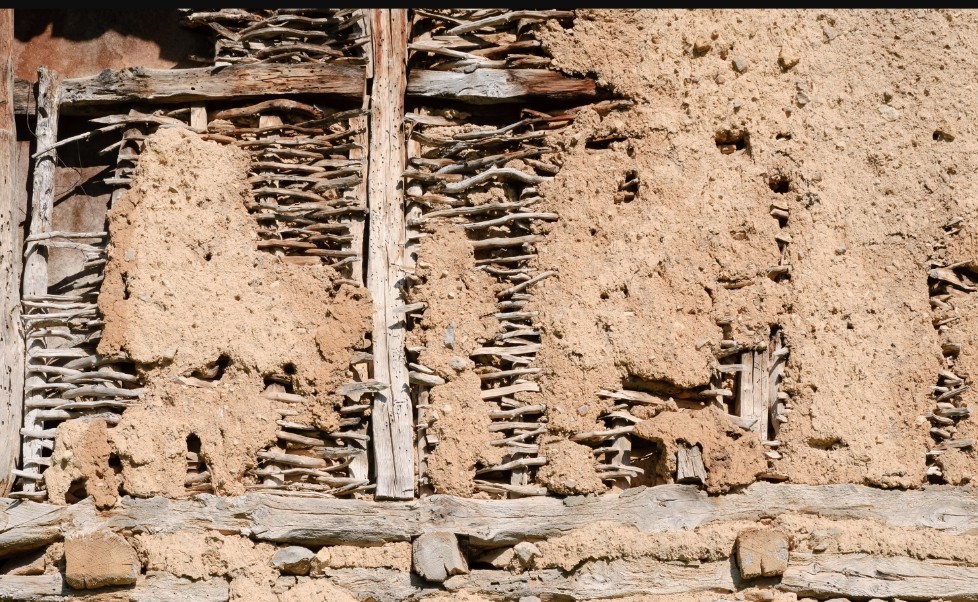 Some fireplaces were built of wattle and daub, however remnants of these are few and far between as the introduction of the hotter burning fuels such as coal, meant that stone flues were built to as a method to prevent chimney fires.

Although a central hearth was prevalent there are many examples of cottages where the fire is located on a gable end wall and yet more where they were at either end of the cottage, sometimes to the heat room above and sometimes for aesthetics.

The hearth wall itself was usually very deep and extended to the ceiling with the chimney stack protruding further above the roof. As a result of this, the chimney wall is often one of the best preserved features of abandoned cottages today. 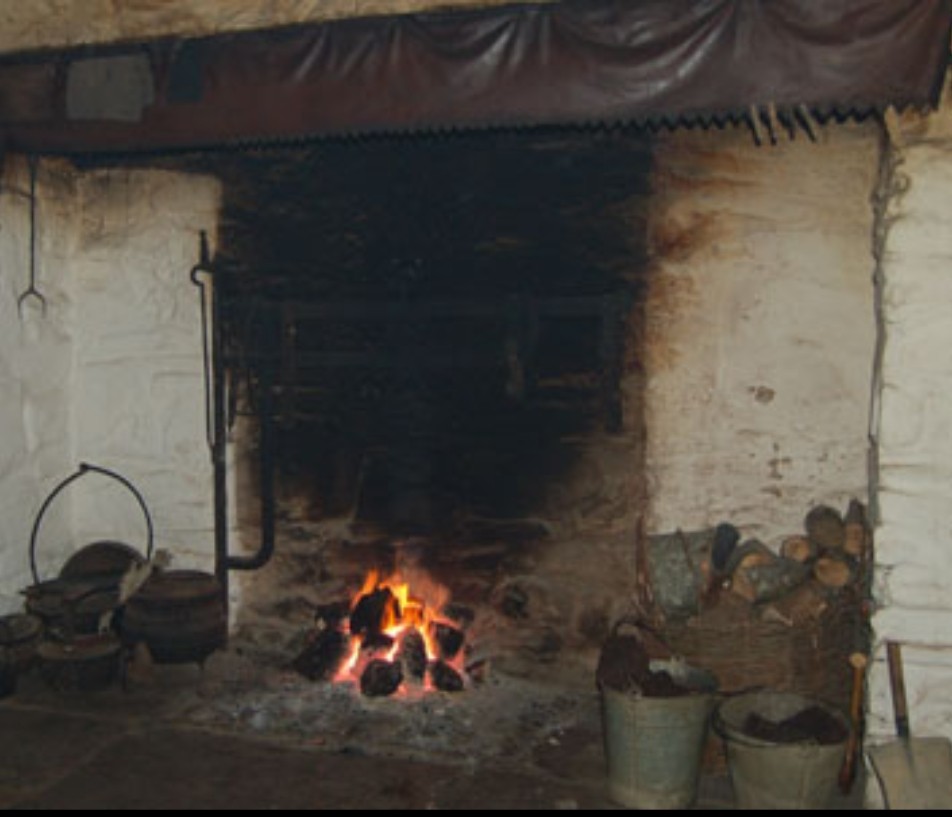 The fireplace was the true heart and soul of every cottage, daily life truly revolved around the fire all cooking, drying, heating was undertaken using the fire. The fire was also a focal point for social gatherings. The fire was never allowed to extinguish with ashes put over it at night to keep the embers alive for morning. The importance of the fire in cottage life is illustrated in one of our most famous sayings, loosely translated as ‘there’s no place like home’, the actual literal translation is ‘there’s no fireplace like your own fireplace’:

13 Responses to “A Peek into, Irish Fireplaces, Chimneys and Cottages”